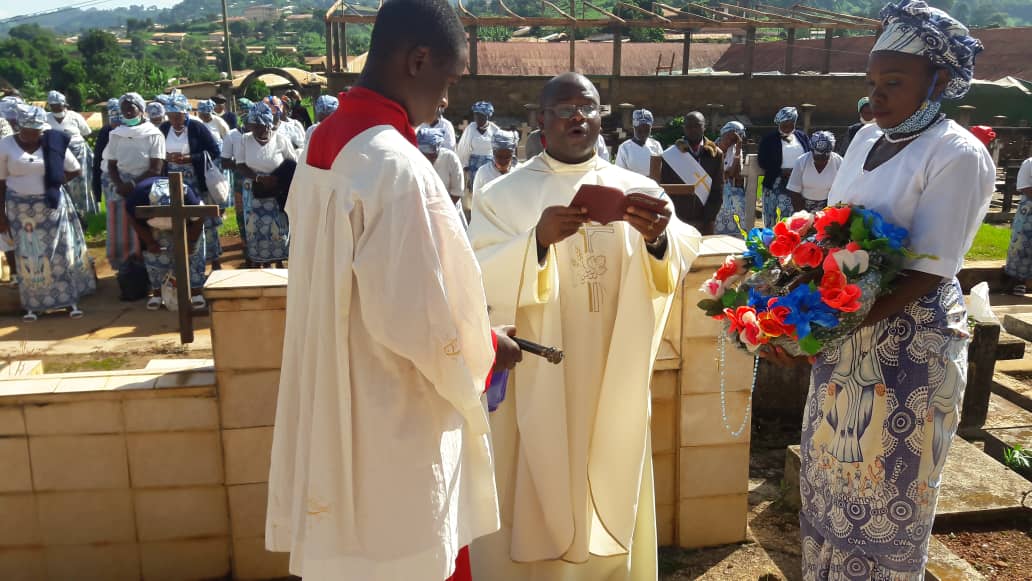 In a 6:30a.m Mass, presided at by Fr. Eugene Ngah, Chancellor of Kumbo Diocese, at Kumbo Cathedral Parish, a cross-section of Christians accompanied members of the Catholic Men’s Association (CMA) and the Catholic Women’s Association (CWA) for their annual prayer to mark the departure of Fr. Anthony Fontegh who was murdered in cold blood at St. Augustine’s College, SAC Nso, one of the oldest schools in Bui Division of Cameroon’s North West Region. This year’s commemoration marked 30years since the priest’s death.

It was special again given that it’s two years since these groups celebrated Mass in memory of Fr. Fontegh from SAC and then march to his gravesite as their custom had been. The two-year halt has been due to the prevailing anglophone crisis in the country. However this time around, they decided to begin with a Holy Mass from the Cathedral to a procession with lighted candles where his mortal remains were buried behind the cathedral.

At the burial site, the Rosary was recited and the grave of the legendary priest blessed. Songs of hope were sung and the presidents of the two groups exhorted all present to keep praying for peace and for priests. They also thanked all present for their contributions.

It should be noted that this year’s celebration of the death of Fr. Fontegh took place on the Solemnity of the Ascension of our Lord into Heaven, 21/05/2020.
In addition, during Mass, there was a special collection to support the formation of at least one Seminarian for the Diocese in his formation to the priesthood.