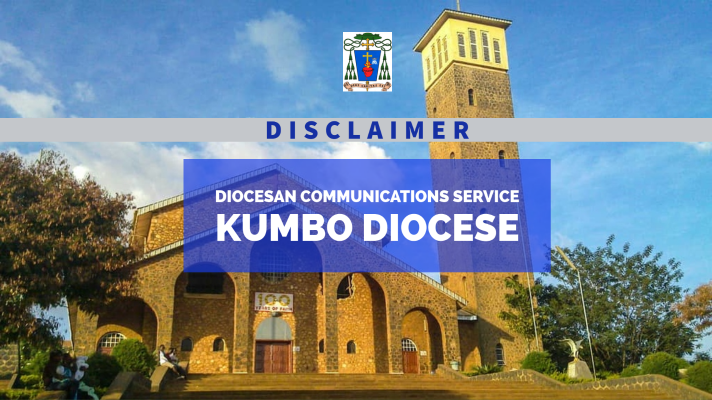 In the past days, a video in which the Bishop of Kumbo, His Lordship Mgr. George Nkuo, is imparting a blessing to purported pro-independence fighters has surfaced and is circulating on social media, taken out of context and causing confusion. The video which was captured – for whatever agenda – was the end of a private Diocesan ceremony at the St. Aloysius Minor Seminary Kitiwum on 29 September 2020. The low key event, organized to bless a new chapel and install the Blessed Sacrament therein, in the convent of the sisters working in the Minor Seminary, was in line with Covid-19 protocols to limit crowds.

Notwithstanding, a group of unarmed men made their uninvited appearance at the end of the ceremony as the Bishop was retiring. Following the Bishop’s blessings and request that the guests be served some food, some have accused the Bishop, and his collaborators spotted in the video, to be in support of the activities of armed pro-independence fighters. Nothing could be further from the truth.

It is worthy of note that since 2016, in countless official declarations, homilies, and pastoral outings as chief pastor of the Church in Kumbo, Mgr. Nkuo has consistently called for an end to violence from whatever source, and for the addressing of the root causes as the best condition for lasting peace in the ongoing Anglophone Crisis. It is a crisis whose effects he himself has personally suffered as a victim of kidnapping, a target of libel from belligerents, and as an unwavering shepherd of a flock decimated daily by killings, displacement, insecurity and its resultant socioeconomic hardship. The misinterpretation of the video is particularly misleading in a context when the whole nation is aggrieved by another gruesome massacre of school children on Saturday 24 October 2020, in Kumba, barely seven months after the horrendous incident in Ngarbuh.

As Pastor in one of the most hard hit localities by the ongoing crisis, the Bishop has played and continues to play a great role in bringing warring factions to a cease-fire and respect of human dignity, and this he does with all tools available to him, not excluding appeal to consciences, and prayer for conversion. That explains the blessing he gave, as he would to any other human being or stakeholder in the current crisis. The action cannot, therefore, be misconstrued to be a support of any untoward action of the pro-independence fighters whatsoever.